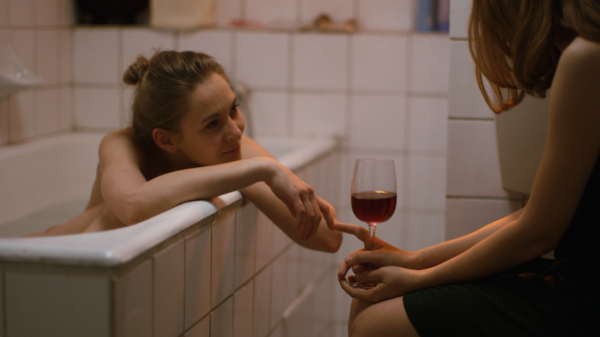 We are pleased to support the international premiere of 'Several Conversations About a Very Tall Girl' (Câteva conversații despre o fată foarte înaltă) at Edinburgh International Film Festival, the world's longest continually-running film festival. Director Bogdan Theodor Olteanu will be present for Q&As at both screenings.

Two young women start to chat about another woman, a former lover of both. As they grow closer and begin a tentative affair, the gap between them widens. One looks for answers and love while safely closeted away in her home, while the other is more confident and willing to take risks. What if going out equated to coming out? How can you defeat the suffocating prejudices pervading contemporary Romania? A fresh gem of a film, hailed as Romania's La vie d'Adèle. (Edinburgh International Film Festival)