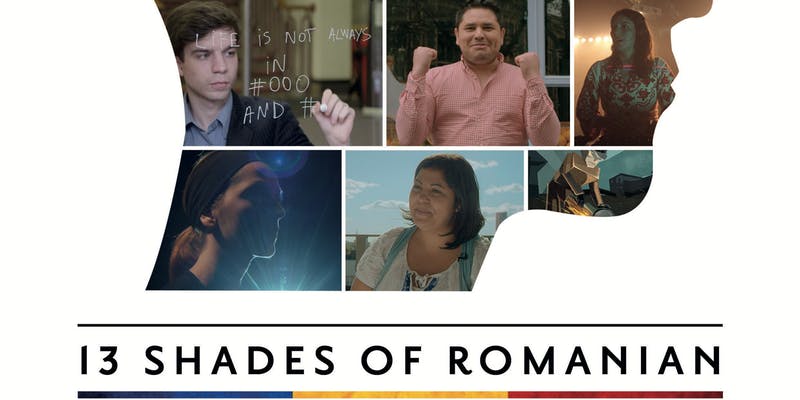 13 Shades of Romanian is a 3 episode documentary portraying the experience of 13 Romanians living in Britain. Constructed through their eyes, and brought to you by a group of Romanian filmmakers in London, together with travel journalist Richard Green, the film reveals the stories of migrants coming to terms with British culture.

Episode one (starting at 18.00 sharp) introduces us to a chef, a scientist, a businessman and Anton, a grandfather figure passing on his wisdom. In episode two (19.00 start) we meet a Formula One engineer, a community activist, an artist, a Roma woman and a young couple setting up home in London. The screening concludes with episode 3 (19.45) showing us the lives of a footballer, an IT student, a DJ and a free runner.

We end the evening over drinks and a Q&A with Anda & Dragos Teglas from This is Insomnia, the production company behind 13 SOR.

With over a decade’s experience in TV, advertising and feature film, Dragos Teglas has worked on numerous memorable productions in the UK and across Europe. He brings not only a unique style of editing, but also the creative vision, flair and input necessary to produce outstanding films.

Dragos’ professional journey took him from local TV studios in Brasov to national TV in Bucharest, Romania and eventually here in London, where at the end of 2013 he co-founded This Is Insomnia where he acts as Director and Senior Editor.

Anda joined This Is Insomnia as Co-Founder and Creative Director after more than 10 years producing and directing award-winning TV, online advertising and films.

Starting in front of the camera with her own weekly local TV show at the age of seven, she since switched to off-screen roles and at This is Insomnia oversees every creative aspect of the development, production and post-production stages of films produced in-house.

Anda moved to London in 2010 and worked for two London based film production companies before co-founding This is Insomnia in 2013 with brother, and work partner, Dragos.