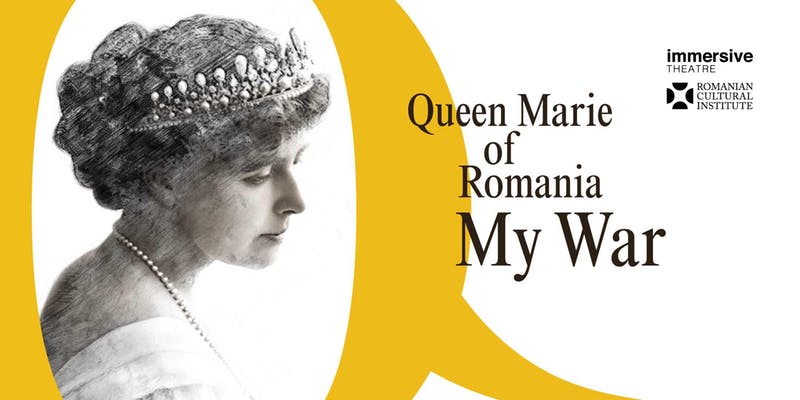 We continue our Centenary celebrations with 'My War', a compelling new show inspired by famous Queen Marie of Romania’s Wartime Diaries. Starring versatile Anca Doczi as the passionate and restless monarch who made a decisive contribution to the Romanian victory in the First World War and subsequent creation of United Romania, the performance is directed with expert assurance by Cristian Luchian and created especially for RCI’s theatrical space. A revealing character study, faithfully portraying the great woman in a time of distress and eventual redemption. A Romanian Cultural Institute and Immersive Theatre co-production.

Based on Queen Marie of Romania’s Wartime Diaries

Anca Doczi is a theatre artist and applied drama practitioner with a background in acting, performance and animation theatre. Her approach to creating performance is through practice-as-research where she explores different methodologies, especially immersive and participative theatre, to discuss the social issues of her communities and to learn about their interactions, about conflict and reconciliation, about the hidden stories of our public life. Her latest project is MEMODROME, an applied drama technique she has coined and developed during her Ph.D. years, working with memory, performed testimony and simultaneous dramaturgy. She has navigated slowly from theatre to performance, from acting to devising, form practice to theory. She is an alumna of the Faculty of Theatre and Television at the Babe?-Bolyai University in Cluj Napoca, Romania, and of the Centre for Performance Art Development at University of East London, UK.

Acting tirelessly at the intersection of various creative mediums, Cristian Luchian engages his artistic work in areas such as immersive theatre, site specific and interactive live art, visual arts and video design. Between 2007 and 2010, Cristian assumed the art direction of the Underground Theatre Festival in Arad, Romania, while in 2008 he co-founded the Nocturne Social &Political Theatre programme at the Puck Puppet Theatre in Cluj-Napoca. Since 2011, when he moved to London, he has taken on his work in both fields of theatre and visual arts: he has co-founded Immersive Theatre Company where he directed and researched in the field of participation and immersivity, while from his Projector Room Studio he has submitted painting, graphic and digital media art. Cristian Luchian opened the RCI London theatrical space in October 2016 with a hugely enjoyable show based on the theatre of Romanian avant-garde visionary Tristan Tzara. A selection of his art portfolio can be viewed on www.immersivetheatre.com and www.cristianluchian.co.uk.

Please note that the seating is unreserved. 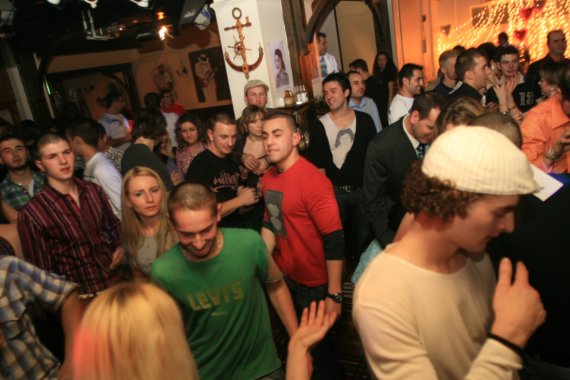